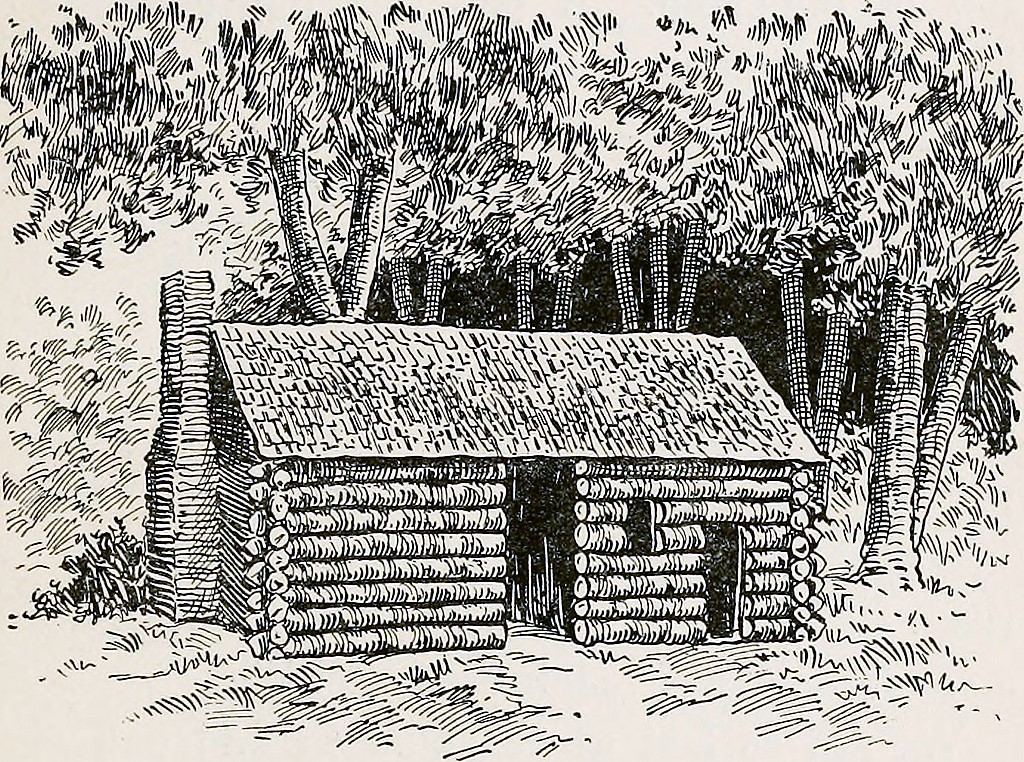 In the early days of Brownhelm, there was an occasional patriot of the Revolution days who fired the youthful heart by tales of the times that tried men’s souls. Chief among these was George Bacon, Sr., reported to have been one of the Boston tea party, who brought honorable wounds from the battlefield and drew his pension from the government. Then there was Stephen James, with a bar sinister in his escutcheon, because he chanced to be of tary stock, still a true patriot, and a brave and stately man. It is not strange that the Brownhelm Rifle Company should make a figure in the general musters of those times.
The Fourth of July was observed with such humble appointments as were at hand. An old musket that had been through the wars was the loudest piece that could be found, and this was brought into requisition. One Independence day, John Curtis, an ambitious youth, brought out a cannon, which he had manufactured by boring a cylinder of oak and strapping it with iron bands from a wagon hub. The piece was well charged and placed on the bank of the river, near his father’s, in the midst of a crowd of boys, and fired with a slow match. The report was satisfactory, but the splinters flew in all directions and the iron bands were a total loss - they were never found. What was more important, no one was hurt.
As the community gained new ideas and advanced in civilization, these Fourth of July celebrations took on a philanthropic character, and represented the interests of the Sabbath school and the temperance cause. For such a gathering, the work on the first frame church was hastened forward to furnish a place for the meeting. One feature of the exercises brought out the Sabbath school. Each scholar and each teacher was provided with a passage of scripture, selected for the occasion, to be recited in order. It was in the days of President Jackson, who was especially obnoxious to true New Englanders. When Alva Curtis was called on, he startled everyone with the petition, “Let his days be few, and let another take his office.” Probably the whole congregation could say amen, for only three Jackson votes were cast in the township.

NEXT: Difficulties & Compensations In Early Brownhelm